Now the clay dried, I began to shave and shape the clay into the more exact figure of the grip. 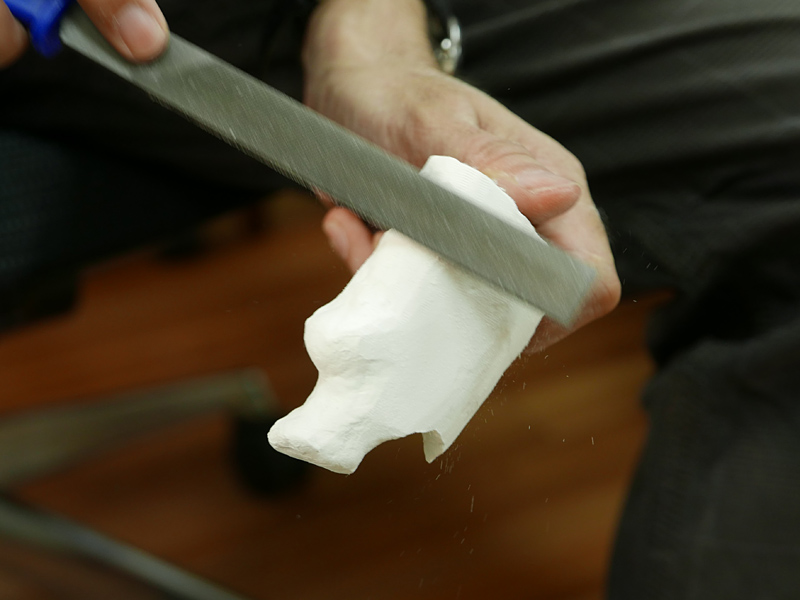 I shave, grasp, shave, and then again grasp and again shave… I repeated the work. After about an hour, I could see the rough model and put it on the RX1. 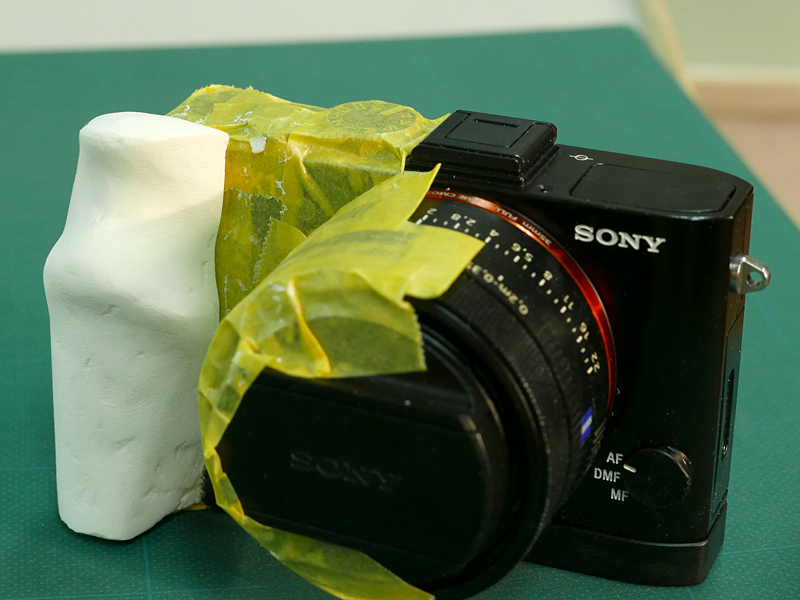 This is still a rough model, and I think it needs to be compact in shape a little more. 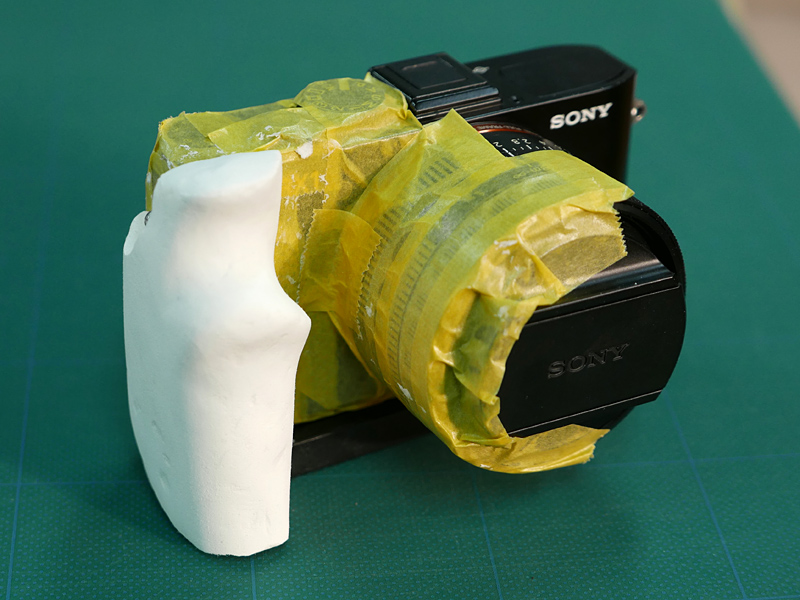 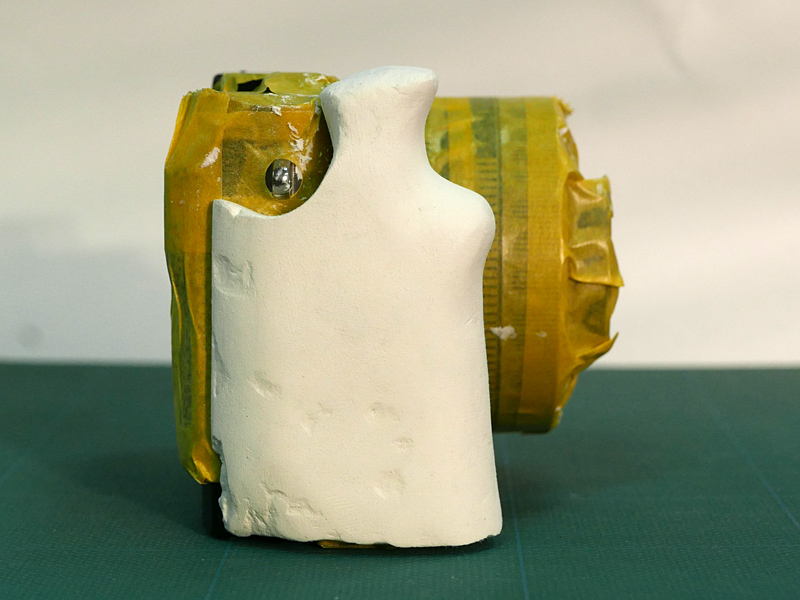 When you see it from the side angle, the bottom part of the grip is wider than that of upper part. I didn’t aim to shape this way but it became naturally; after I repeated shaving and grasping, I just got the grip like this. This shape reminds me of a grip of single-lens reflex camera, which made me think that this is right and the shape has significant meaning. I kept scraping the clay while indulging in deep emotion.

I have to be very attentive when scraping around the gently curved fragile groove. It easily gets over done so I had to add some more clay on it. Finally I finished with fine sandpaper.

To tell you the truth I’m up to something. I’m hoping to make this grip made of natural wood. 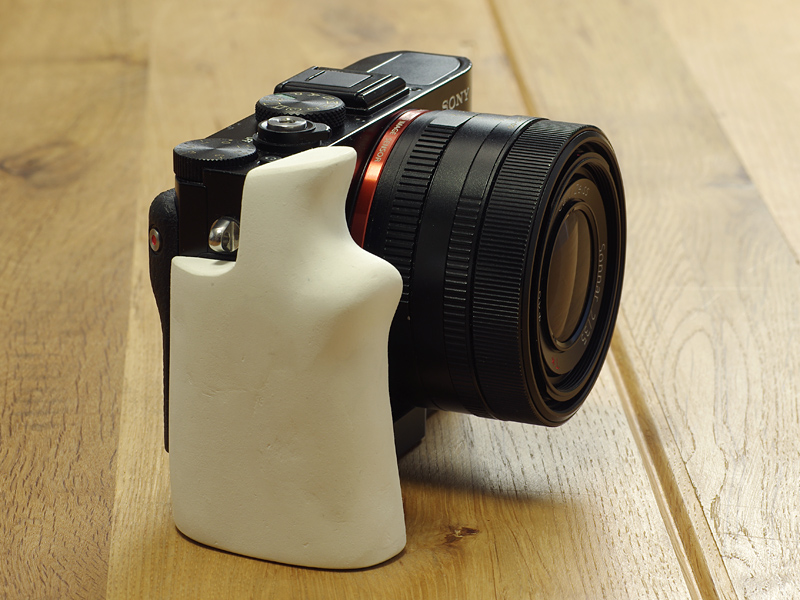 I believe the grip now became quite simple looked from its side. However, it is different from common grips on the market; it covers almost all part of side of the camera, which enables your entire palm to stick to a grip tightly and increases the hold dramatically. 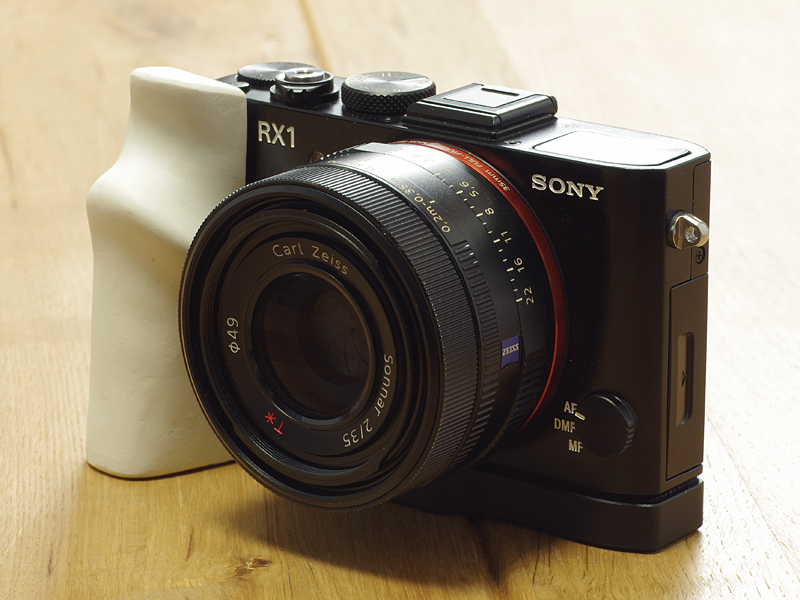 This is the front from the right angle. You can tell it has rather deep finger groove. And also the upper part of the groove for your middle finger is shallow while the lower part for your ring and little finger is rather deep. You must be wondering how this works…

Well, as you can see from the picture, you can twist your middle finger around the grip and you can use your ring and little finger to grasp the grip tight since the grip has height and depth to do it.

When you hold the camera without a grip, you just have to grasp it like the way you squeeze it with friction force and you need grip power, and maybe to avoid dropping the camera, you have to put your ring and little finger under the camera. But it’s quite unreliable to hold the camera as expensive as 400,000 yen, over $3,200. (Of course, actually you support the camera with your left hand, too.)

Well, now the shape has decided but I think the true making of the ideal grip starts from here.

I have no idea if we can really curve a grip out of natural wood with such complicated shape and if we can make the base mold of aluminum (without becoming expensive) to begin with.