The development of the leather iPhone case for the iPhone6S has been steadily going well and faster than I expected!!! The other day, I met people in the Tokyo factory and found they have finished the first prototype a lot ahead of schedule. 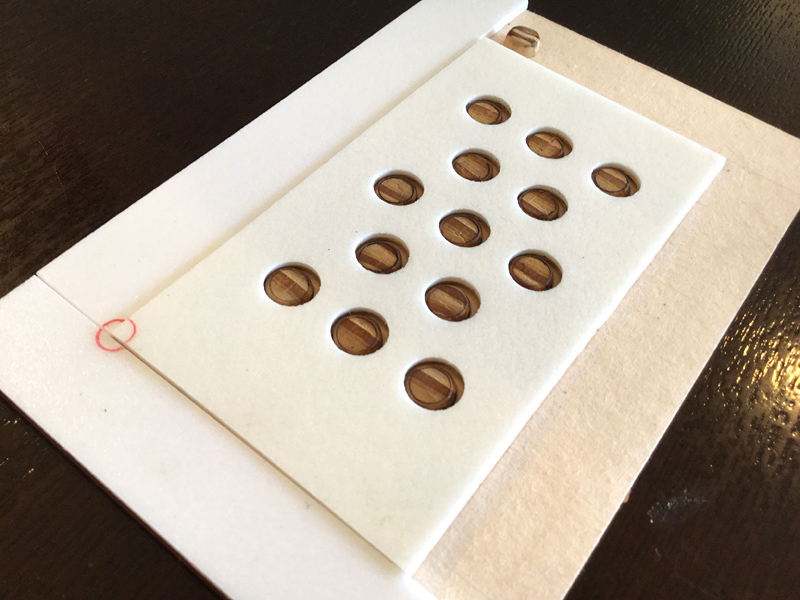 This is a tentative mold board, with many protrudes sticking out—looks like good to press the back of your foot. Thirteen exact the same size protrudes are placed correctly on the Bakelite board. Though this is very analog work different from the NC construction machine, we have to do this to step forward. First, we pressed the leather using this mold. 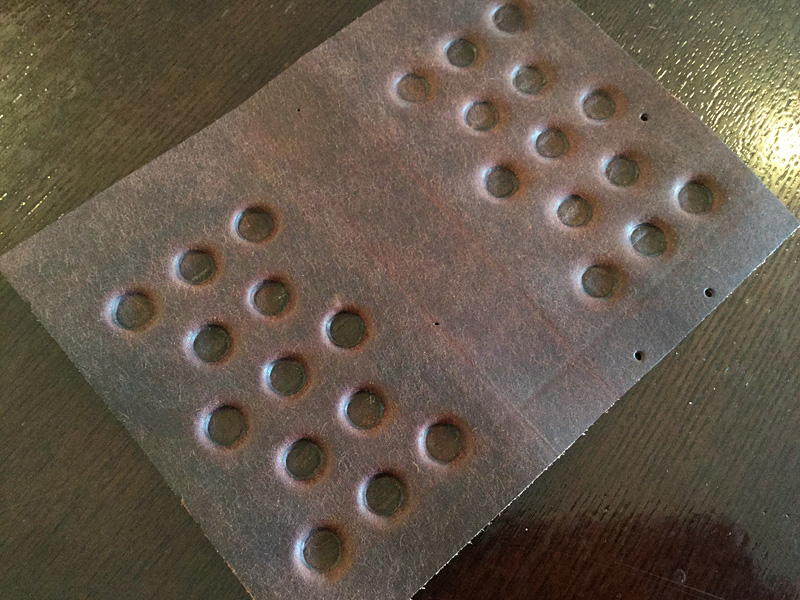 The picture shown is the one we get after the press. On the contrary to my thought that leather wouldn’t be torn since the height of protrude (this time dent) is lower than that of grip of the Leica body suit, however, there were small cracklings. I think this is because there are many protrudes, and their intervals are small, that they pull the leather between them. 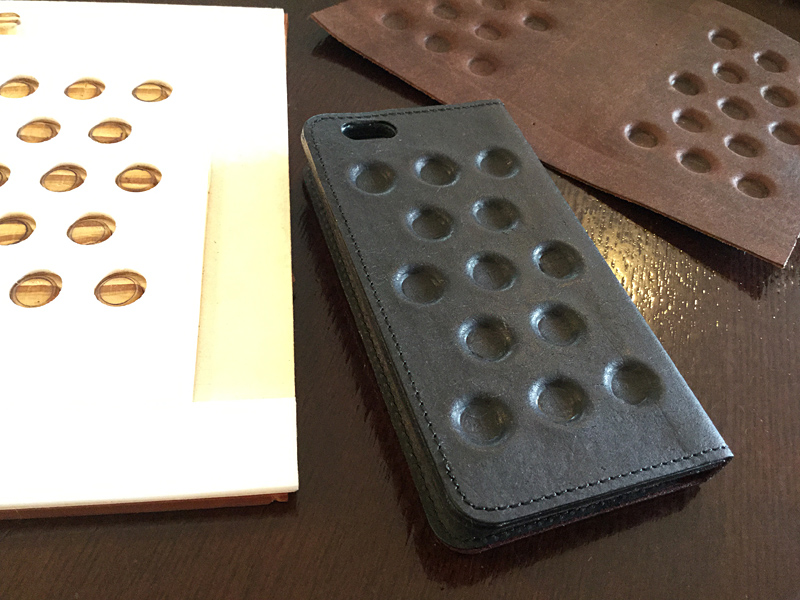 This is the first sample!

The depth of the dent is deeper than that of paper mock I showed last time. Finger hook has greatly improved.

But, when I tested camera after putting the iPhone in the case, vignetting has occured.  Since the case has thick laminated structure to make a steady dent, an opening around the lens is too thick and generates vignetting in an image corner. I have predicted this. It’s necessary to change the shape of the opening and there are still much to contend with.

So I’ll try my best